Well what can I say that has not already been said by previous reviewers,

I had not heard of power flushing until I was told my heating system needed a power flush because the system was clogged by “muck” which was affecting the pump, which needed changing as it had burnt out along with various sticking valves,  by my plumber who highly recommended Matt and Revive before I spent any more money on new pumps and possibly  a new boiler.

Matt is a highly professional, friendly and knowledgeable tradesman, he gave a very competitive quote for the work and how long it would take, both of which he kept to, and was very professional, clean and very thorough explaining every step of the power flush central heating service and the benefits that should follow.

He turned up on time, covered the areas where he was working with protective sheets, set up his equipment, and carried on to make an excellent job of power flushing my failing heating system. I was amazed when I saw the pipes that he changed before the flush, he is a qualified plumber and Corgi registered,  showing all the hidden muck in the system that the heating worked at all, and the amount of ‘crud’ extracted by the flush had to seen to be believed.

He worked from 9 am through to 5 pm with only a 10-minute break for lunch.

As has been previously said, Matt has an old school style to his work where he painstakingly attends to every detail of his work, uncovering and resolving issues as he goes whilst also taking the time to explain to me why he is needing to do what he has planned.

What a pleasure it is to know that there are still tradesmen out there who do not see their role in life as to get as much money out their customers as possible but instead one which is based on delivering exemplary work, delivering the solution for the price quoted and leaving your house in the condition it was when he arrived.

My heating and hot water now work perfectly, in fact, my heating system is now better than I can remember since  I have been in this house and the possible boiler replacement has been deferred to later as it has received a new lease of life so money well spent.

I can only give 10 out of 10 to this excellent local business and highly recommend the Revive power flushing and Matt for his devotion to customer service.

Please click button to rate and review my work provided 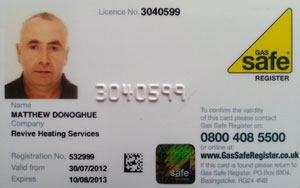 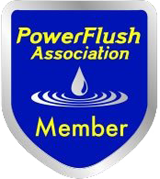 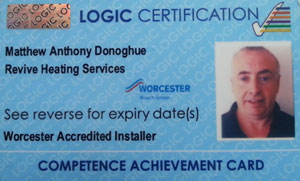